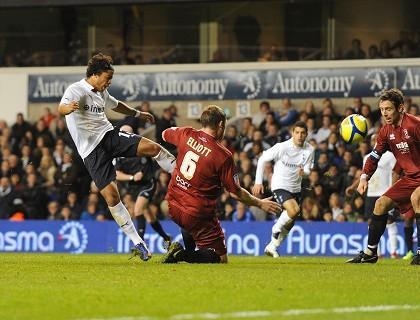 Cheltenham and Newport played out a highly entertaining goalless draw at the Abbey Business Stadium in Skybet League Two.


In the first half there were very few chances with Ryan Jackson going close for the visitors, while Sam Deering had the best chance for the Robins in the opening 45 minutes.


In the 58th minute Conor Washington went agonisingly close for Newport as he waltzed his way into the Robins' box and the Newport striker's effort, which had beaten home goalkeeper Scott Brown, ricocheted off the post.


The Exiles needed a fine block from Ismail Yakubu two minutes later to deny Matt Richards as he worked his way into the area.


Jamie Cureton came close to firing the hosts into the lead 16 minutes from time when Russ Penn threaded the Robins striker through but he fired his shot straight at Lenny Pidgeley in the Newport goal.


The Exiles thought that had snatched the points 10 minutes from time when Washington fired in a shot following a Robbie Willmott corner which Cheltenham substitute Penn cleared off the line.


Cureton then went close for the hosts in the dying stages of this game but Newport managed to clear the danger.